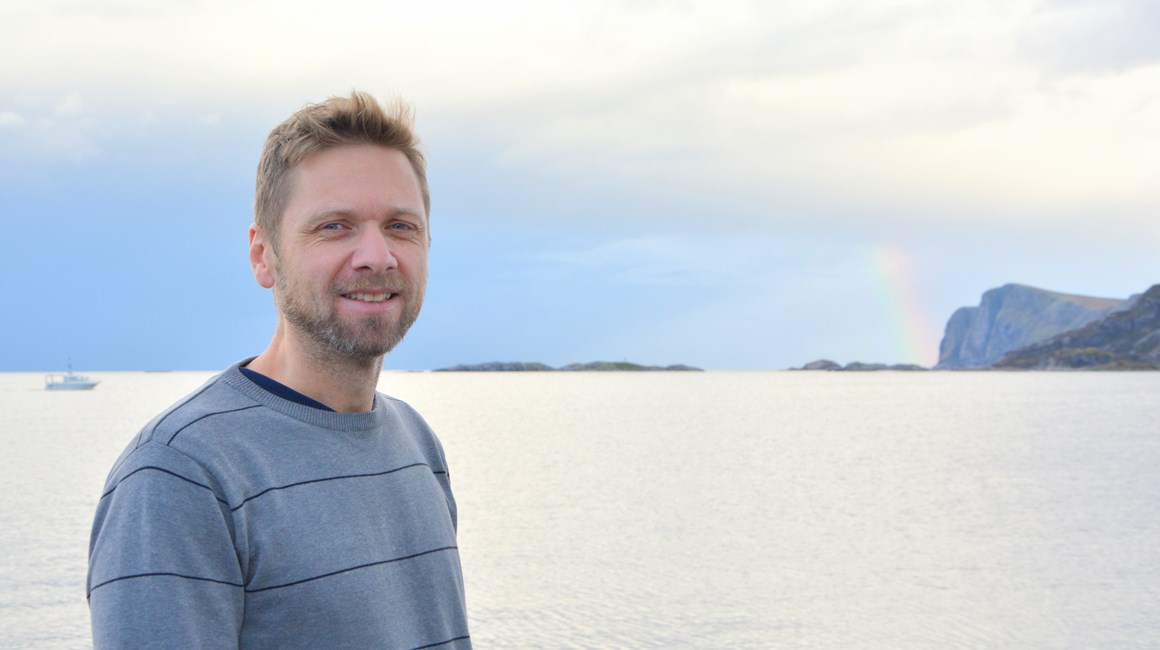 Erlend Grotle was the second person to take a doctorate at NTNU in Ålesund. His doctorate was in LNG operation of vessels; gas and liquid, pressure, and movement. That was a decade ago when the use of LNG on vessels was in its infancy. Now, the focus is on early phase hydrogen.

‘It’s difficult, but that’s what motivates me. Hydrogen produced with green energy is carbon neutral and neither emits carbon dioxide nor carbon monoxide.’

As Technical Manager in Hav Hydrogen, Erlend Grotle will work in a wide range of areas – on hydrogen as an energy carrier, on new technologies and on approval processes.

‘If you look at the element on its own, at hydrogen, factors like price, volume and safety may seem almost hopeless, but solutions are being developed, and hydrogen will be an important energy carrier that will reduce the emissions generated by shipping.’
‘LNG also presented challenges, but it’s now a common alternative to fuel. When do you think that will be the case for hydrogen?’
‘That’s obviously difficult to predict, and hydrogen will also require a transitional phase, but the use of LNG on vessels has helped to prepare the way for hydrogen. It’s worth noting that LNG was more demanding early on than hydrogen is now, so you just have to start somewhere, as was the case with LNG, which Hav Hydrogen has definitely done.’

Grotle highlights the overall strengths of the Hav Group also when it comes to its hydrogen initiative. Assessing propulsion systems and energy carriers on board vessels is also about complex calculations where the whole vessel design must be considered, including how the vessel is to operate, its operational profile and route studies.

‘The Hav Group is forward-looking when it comes to the whole package and has already come very far. And that’s where Hav Hydrogen comes in, with our expertise in hydrogen that will enable vessels covering large distances to generate zero emissions. And we’re well on our way.’

Erlend Grotle says he is both an avid reader and a practical type who is good with his hands. His doctorate gives him a solid academic background in gas on board vessels while he also has work experience in the field of hydrodynamics, among other things. He looks forward to using his varied background in Hav Hydrogen. ‘Being involved in a company that is leading the field in this area is great, and being from the region, I’m fascinated by the fact that we’re doing it here. We are preparing the way and staking out a path forward, and will, in the longer term, help enable shipping to achieve the IMO emission reduction targets. That really motivates me.’